The Sonia Rykiel Half-Pullover, midway between a c...lassic sweater and a scarf, is an iconic and exclusive piece by the Parisian fashion house. In 1955, when Sonia Rykiel knits her first bespoke sweater for her own use, she has no idea that she will revolutionize French fashion. Her use of knit fabrics challenges established conventions and encourages a new approach to making fashionable sweaters. Named the Queen of Knitwear by Women’s Wear Daily in 1972, she is responsible for revolutionizing women’s relationship with clothing.

Sonia Rykiel’s fashion is surprising and innovative, but also particularly joyful and irreverent. She bends the rules, ignores established conventions and plays with the rules of haute couture, turning them upside down to invent a style that is more connected with its wearers, more genuine, intimate and casual, while also being more spectacular and more original.

The Sonia Rykiel sweater seduces actresses, singers and Parisian women before conquering the entire world. The Half-Pullover evokes mid-season strolls by the sea and is an invitation to play with graphic layering and look beyond conventions. Sonia Rykiel invites women to join with her in reinventing fashion, inspired by the thrill of subversion and the pleasure of dressing up!

The stunning success of a Half-Pullover that became iconic

Among the fashion house’s iconic pieces is the sweater with visible stitching, the hallmark of the movement she calls “démode” or breaking the traditional rules of fashion.

Sonia Rykiel uses a unique woven fabric for all knitwear in her collections, from the fashion house’s iconic Half-Pullover to ultra-feminine, colorful dresses and striped sweaters with geometric lines, the Rykiel signature. The Sonia Rykiel Half-Pullover features signed messages, showcasing the designer’s love of words. This avant-garde designer prizes art and literature, combining them with fashion. Inimitable and instantly recognizable, Sonia Rykiel’s esthetic is a world apart: a hotbed of creativity that is joyful, precise, modern and freeread more.

Receive 15% off your order when you subscribe to our mailing list*
SORRY...
Looks like you're already part of our Email list!
You are not eligible for 15% off.
*Offer valid for new emails only.
CONGRATS...
Welcome to the Sonia Rykiel Community
DISCOVER
Discount code will be sent to the e-mail provided. It can take up to 1 hour to receive your discount code. Check your inbox. 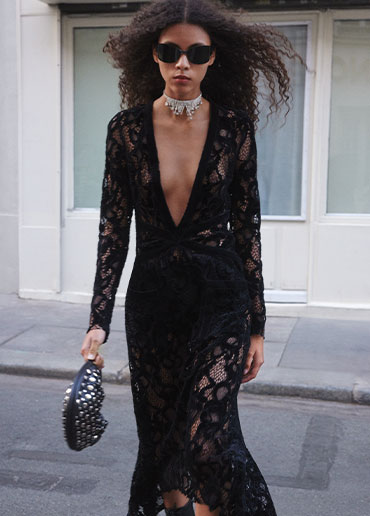 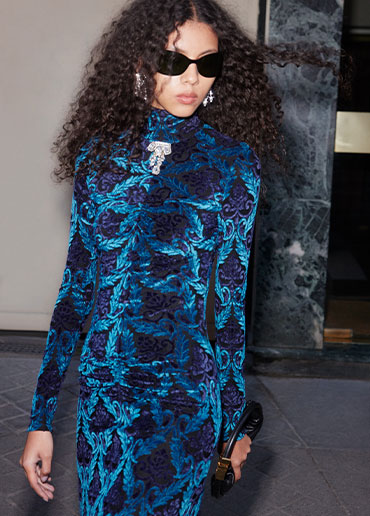